Pacific Primary was founded in 1974, by a group of parents and Mary Nordland Bodo. A Board of Directors was elected and funds were raised from foundations, parents and other interested parties enabling the school to acquire and remodel the site at 1500 Grove Street. The immeasurable cooperative effort by staff and parents that turned their goals into a reality, set the precedent for the supportive and cohesive community that still surrounds the school. Parents continue to actively support the school by fundraising, maintaining the school’s physical plant and are welcome in the classroom and on field trips. The staff continues to consist of some of the most talented, experienced and dedicated professionals in their field.

Under the guidance of the school’s second Director, Charlotte Burchard from 1982-1995, Pacific Primary became a respected leader in the Early Childhood Education community. In July 1995, Pacific Primary welcomed its third Director, Belann Giarretto, who had over 20 years experience in the Early Childhood field as a Director, Teacher and Parent Educator in San Francisco. Under her leadership, the school has transformed in signficant ways. Teacher:student ratios have improved and both staff development and the educational philosophy have been strengthened. The percentage of children of color has increased from 25% to nearly 50% and diversity has increased in all areas. Financially, the school has also thrived; the mortgage on 1500 Grove was paid off early in 1992 and a Tuition Assistance Endowment has been raised. The second site, The Orange Sun School, opened in September 2008. 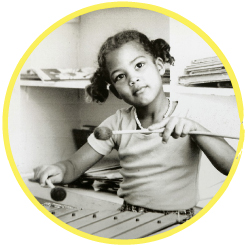